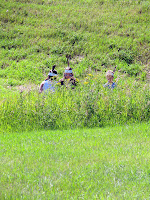 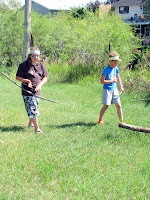 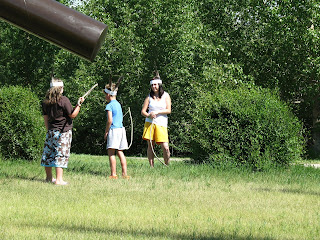 Friday at Young Friends we acted out the story of the battle between the Cree and the Sarcee or "How Cut Knife Hill and the Town of Cut Knife Were Named".
A very brief summary of the story is as follows:
The battle took 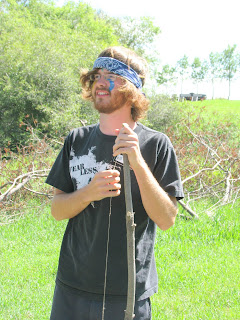 place about the 1850 - 60's when Chief Cut Knife/Broken Knife (depending upon translation from Cree) and a group of Sarcee came to attack the Cree settlement just north of the hill. They were discovered by the Cree and circled and killed except for some who returned to Alberta and reported the happenings. The Cree were impressed with the Sarcee Chief's bravery in battle and named the hill after him. When the European settlers were looking for a name for their settlement, they named it after the prominent hill just north of the townsite.

at 8/04/2008
Email ThisBlogThis!Share to TwitterShare to FacebookShare to Pinterest